In September 2021, another part of the MAZEWA project took place. Volunteers from more than ten European countries were interested in Jewish life in Zittau and the surrounding area. The aim of the MAZEWA workcamp was the visualization of the mourning hall at the Jewish cemetery in Zittau, which was blown up in 1938. Built in 1908, the mourning hall belonged to a relatively new building type. Mourning halls were part of the transculturation processes of the time, involving Jewish traditions and a Central European/German understanding of culture and religion. The Zittau mourning hall was designed by local architect Carl Hermann Kaiser. The neoclassical style of the building invoked dignity and respect - for the deceased as well as for the Jewish community. Based on construction plans, archeological findings and 3D models, the participants of the workcamp reconstructed the outlines of the building with sandstone blocks. These will soon be embedded in the ground and thus mark the former walls in the long term. We thank the participants for their work and of course the two great weeks together. 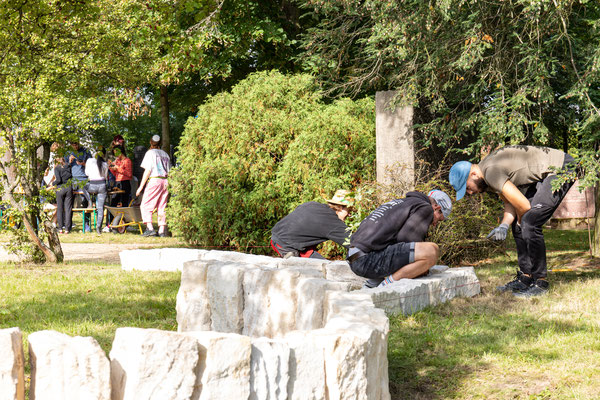 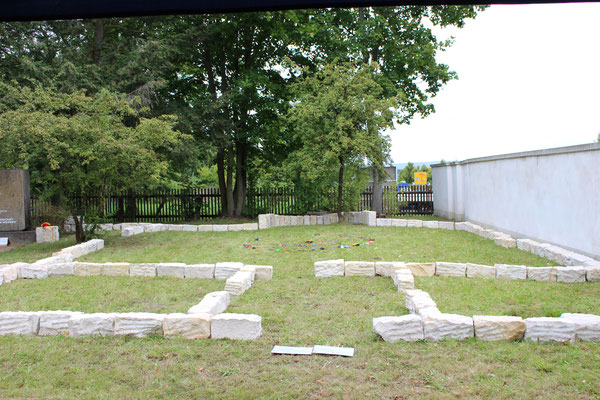